Leading German publisher Axel Springer has successfully taken on digital transformation to become one of Europe’s largest media companies. In this first of a two-part interview, Dr. Andreas Wiele, member of the board and president of classified media at Axel Springer, gives insights into the company’s remarkable journey from the print into the digital world. Dr. Wiele was recently appointed chairman of the board of directors at Magnolia International. The interview was conducted by Magnolia’s video journalist Lucius Müller. 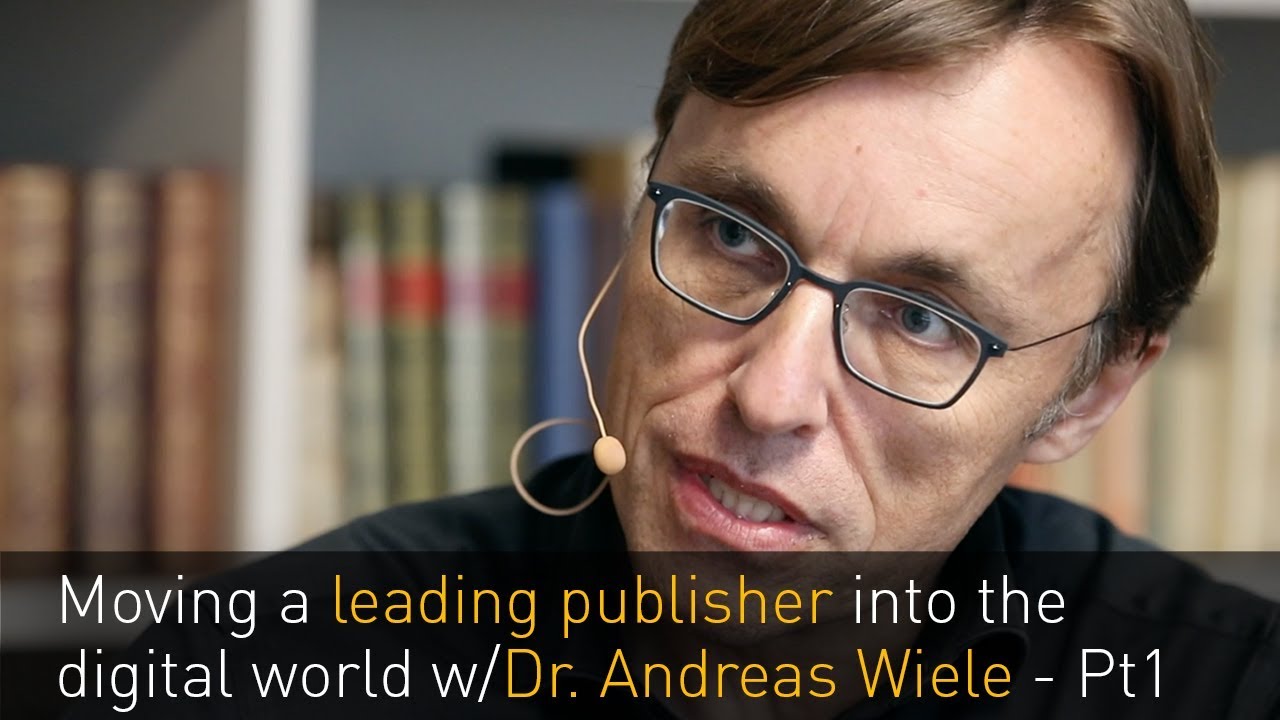 The short take: Steps to transformation

Axel Springer was in a difficult situation back in early 2000, when the media landscape was first hit by the Internet. It had to lay off almost half of its employees. Now some 15 to 18 years later, Axel Springer is thriving again as a digital publisher. Can you describe how you managed to weather this transformation?

First of all, to put it into perspective, only 10 years ago, just 1% of Axel Springer’s revenue and profits were digital. Today, more than 65% of our revenue and more than 80% of our profits are digital. So there has been quite a big change. How did we do that? The toughest part actually is to recognize that the industry you are in, in our case, the traditional print publishing industry, is on a structural decline. That is easier said than done, because most declining companies start fighting over tiny gains in market share and ignore that they are still shrinking in absolute terms. So truly recognize that you have to change - that’s the first thing to do.

Then do the change radically, I guess?

Absolutely. The second thing is to understand what your business is. And our business, the print publishing industry, is not selling paper. It is to produce great content, sell that content to readers, sell these readers to advertisers as target groups, and thirdly and very importantly, to have the so-called classified advertising section, which in the newspaper, was the sole medium to advertise for new jobs, real estate or used cars. We decided that these are our three businesses that we would bring to the digital world.

Obviously this transformation is never over. Still, can you describe how long it took to take Axel Springer from an analog business to a digital business, and at what cost?

It’s still ongoing and it’s a combination which made that possible. It’s a never-ending process. The combination is to recognize where you have strengths that you can use and where there are businesses that do not have a true meaningful future, which you cannot transform into digital businesses. The first area where we truly have strength is our content. We have thousands of journalists who produce great content. There is no reason that they should not produce content for all outlets - not only for paper, but also for desktop, mobile and any other outlet. That’s the first strength; then there are other businesses, for instance the printing business, which clearly one cannot transform into the digital space, because it’s directly tied to the physical product. The third aspect is our classified business. We had lots of people who were used to basically just take the orders from our classified advertisers and put them into the newspaper. But there, new, pure online models came, and we decided we cannot replicate; we have to acquire. That’s when we started out acquiring these companies.

The typical challenges in these digital transformation processes often center around integrating legacy technologies (perhaps not many in your case) but on the other hand, finding the right people and skills is probably an important one, and also breaking down barriers between operational silos. How did you actually meet those challenges?

It’s a two-sided approach. One is transform your existing business, but also acquire new businesses. If you want to change a culture when you acquire a business, make sure that your own culture changes to the culture of the acquired business and not the other way around. That is a difficult task where most companies fail. They see the newly acquired company as their new toy and say, great, now we’re going to play with it, we’re going to bring our cultures upon them. But what you should do is make sure that they stay protected, independent and can grow independently, and that you, the old culture, learn from the new culture. That is something we have been very good at. Instead of embracing the companies and giving them the bear hug, we have allowed them to grow and learn from them.

On the other side, you have to really push your own people to change and generate showcases where they see a future. We declared for instance, online first, before mobile first. Everything that goes in the next day’s newspaper is already published online - a huge break with tradition, because usually, you wanted to have the news appear first in the printed product. You have to reinforce processes sometimes to make everybody follow.

Is it now a hybrid mentality or culture that Axel Springer lives or do you have areas where different cultures exist?

We’ve actually had an interesting evolution, because first of all, we combined the traditional and the new units within our news organizations, to make everybody aware that they have to work towards the digital future. Now that we’re clearly established as a digital company, we’ve done a bit of the reverse. The expertise of a traditional print business and that of a digital business is so different that we have now recreated specialist teams. Because in order to fight for every last print newspaper sold, you need specialists, and obviously for digital growth, you need specialists as well. We are now enough of a digital company that we can afford to have print specialists again.

Talking about technology and trends, what do you see coming up on the horizon that industries must be prepared for?

Obviously the shift to mobile is almost done. It will continue and monetization will follow. For some parts of the business, it is still tough to monetize on mobile. For others, it already works well. Then there is a continued shift towards video. That is especially important for content producers, and monetization will follow there as well. We have two new big technology trends: one being artificial intelligence, which allows for much more automatization in content production, in marketing and other things, so we need to be clever at that. The other is the next Internet revolution, blockchain, which will potentially reshuffle the game and we want to be at the forefront of this change.

Blockchain is a whole new game and where, just like when the Internet was growing rapidly, you are allowed to dream big and see where you can grow. We’re working on many different projects that are close to our businesses, but also some that are far away from our businesses, because it’s usually not the incumbents who win in the next wave. We’re still in the experimental stage, where we say, let a thousand flowers bloom. Then we’ll see which one picks up and we’ll invest heavily on that.

Part 2 of the interview focuses on how Axel Springer stays at the forefront of producing great content.

Magnolia will be at Forrester’s Digital Transformation Europe from June 14 to 15 in London, UK and will give a talk on how its customers master DX challenges through integrating legacy technology, removing silos and building agile platforms and processes.

Lucius is a media professional and adds videography and photography to the Magnolia Marketing team's talent pool. Before joining Magnolia he worked as a technology journalist for Swiss public radio and TV. His job is to pack the many stories and aspects of Magnolia into authentic video material.